By tclarkwood,
August 31, 2018 in Backyard Birds, Feeders and Food 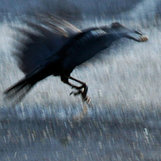 Things are starting to move in my area (Costa Mesa/SoCal.) This last week I have seen some of the travelers that just stop for a bath or drink and keep going.  I had a Black-throated Gray Warbler yest