Those trips you weren't birding 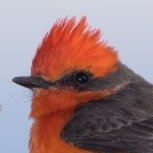 By Zoroark,
May 26 in Birding Trips