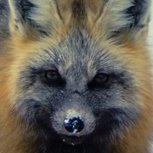 By Melierax, November 19, 2019 in Photo Sharing and Discussion